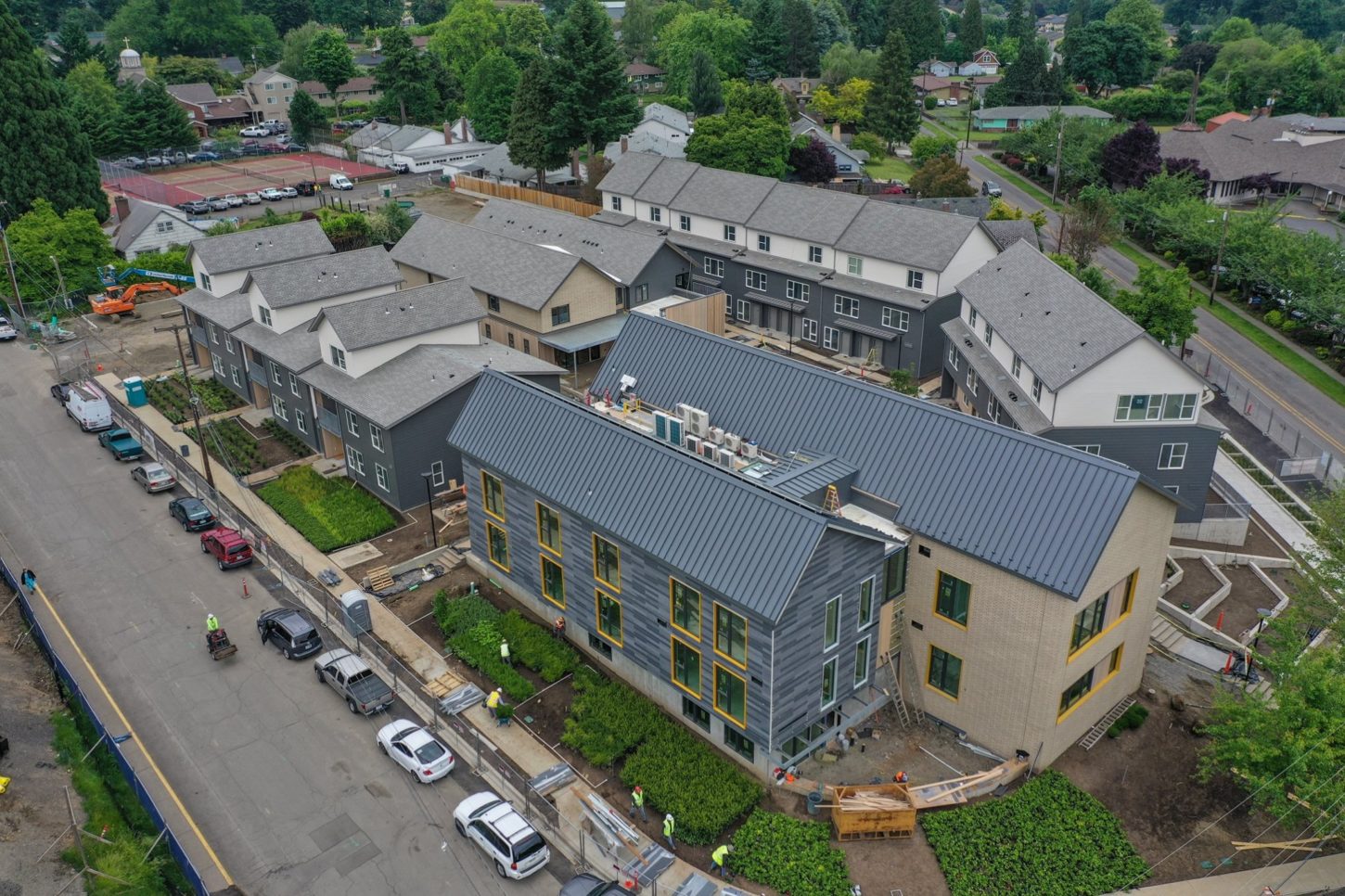 Published in the DJC Oregon: A project team recounts its net-zero building experience

In 2007, conceptualization began for a highly energy-efficient office building as part of a mixed-use development in Milwaukie. Around 12 years later, Northwest Housing Alternatives has a two-story headquarters on track for net-zero-energy certification. The five-building campus was designed by MWA Architects and built by O’Neill/Walsh Community Builders.

Three three-story, wood-framed buildings hold a total of 28 affordable housing units, and another building serves as an emergency shelter. All of those were designed and built to Earth Advantage platinum standards. But the office building stands out for exceptional sustainability. Project team members discussed the effort on Wednesday during an event held as part of Portland’s second annual Sustainable Building Week.

Crews broke ground in summer 2018 and finished roughly one year later. But design work dates back to 2013. “The project started with net zero as the goal,” said Bill Lanning, a MWA Architects principal and lead designer for the project. “Early in the design it was going to be net-zero ready, but as we moved through design and funds were made available through grants we were able to add the solar.”

Share
Previous PostTour old, new zero-energy homes that make more power than they use
Next PostLook for yourself in our SBW 2019 Video!